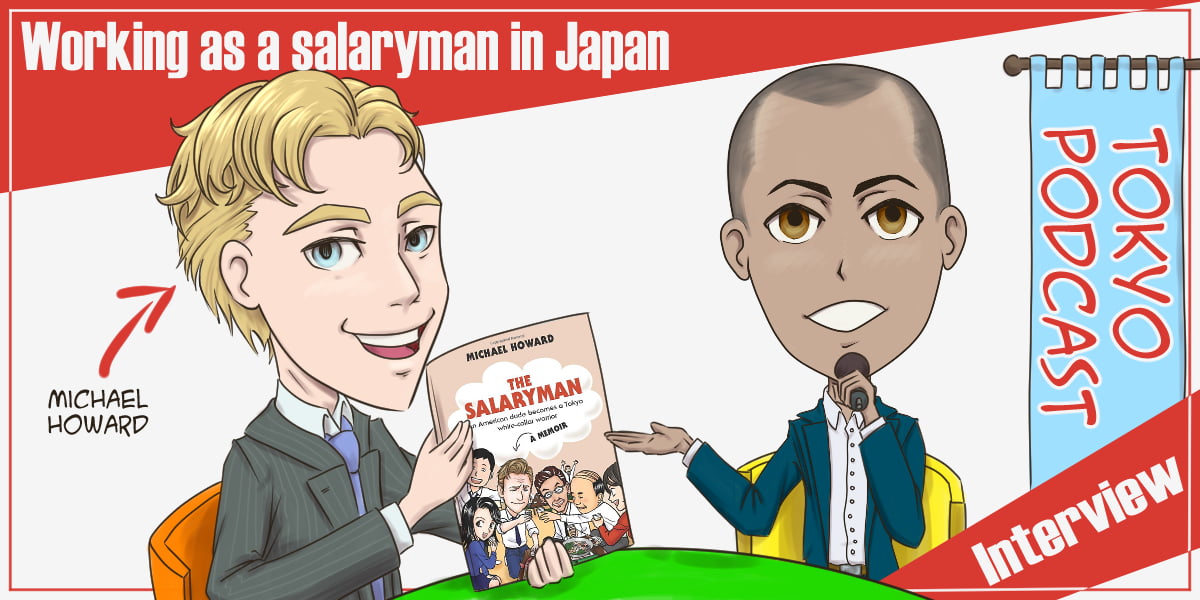 This week Anthony interviewed the author of The Salaryman, Michael Howard, and his experience as an American being thrown into and completely immersed in the Japanese corporate work culture.

Our host Anthony is no stranger to commenting on Japanese work culture. In fact, it was one of the reasons that led him to leave Japan (only to return eventually; check out episode 58 for the whole story). 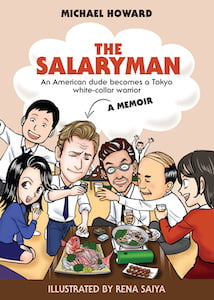 Michael Howard began his salaryman life when he was offered a vague position as a foreign executive for a Japanese corporation. Having never lived in Japan—and knowing nothing about salaryman culture—Michael accepted the job. The Salaryman: An American dude becomes a Tokyo white-collar warrior recounts his funny, confusing, and sometimes frustrating experiences in working for Japanese companies. There have been countless articles and books examining salaryman culture, but Michael brings a fresh, insightful look from a foreigner working as a corporate Japanese employee in Tokyo.

You’re likely familiar with the classic image of the overworked, drunk salaryman asleep on the train, but there are many other pieces lying in the undercurrent of salaryman culture that Michael discusses in his book.

On the surface, the relationship between the Japanese corporate employee and the company is simple: the employee takes a position, fresh out of university, and he or she is with the company permanently. The company promises security, and the employee promises lifelong commitment.

However, like many other parts of Japanese culture and society, the details of this relationship are deep and multi-faceted.

As you walk the streets of late-night Tokyo, you might wonder, “Why are salarymen drunk every night? Are they all alcoholics? Is the salaryman life that stressful?” While the latter questions may not be necessarily untrue, the obvious answer lies in the nomikai. Roughly translating to “drinking party” (or, in the case of the salaryman, “drinking meeting”), the nomikai is a necessary part of maintaining a healthy relationship between the salaryman, his coworkers, and his company. Sometimes held on a nightly basis, this after-work gathering holds a nuanced balance between an informal, let-loose party and a meeting with the boss, in which specific etiquette and manners are required. It’s a salaryman’s unspoken duty to attend a nomikai, so turning one down is rare and risky.

The plus side is that the company pays for all of the salaryman’s drinks and food. While this may sound like a great professional perk, Michael Howard describes it as exhausting, as the salaryman is still expected to maintain his professional demeanor and adhere to strict hierarchical behaviours at a nomikai. And, because it’s rude to leave a nomikai before the boss, the married salaryman often won’t come home until after his family is asleep. 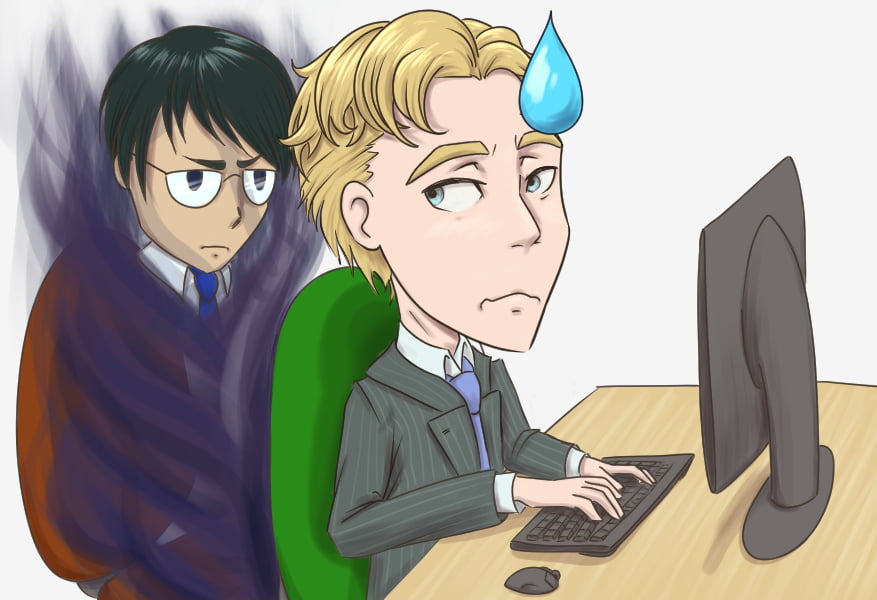 In a conventional, Japanese marriage, the wife manages the money and gives the salaryman somewhat of a monthly allowance for basic necessities. This, combined with a lack of communication common in Japanese couples (which is reinforced by the salaryman’s long working hours) has led to a particularly modern version of hesokuri, or pocket money.

Traditionally, hesokuri refers to the wife stashing away part of the husband’s money to pay for her personal entertainment. Some say this has been practiced by wives since the Edo period, but it is certainly practiced today—the wife of a salaryman will create a personal bank account separate from the family bank account, in which she secretly deposits small amounts of her husband’s salary for herself to save for entertainment or personal emergencies like divorce.

On the other hand, the salaryman may have his own hesokuri, secret from his wife, funded by a portion of his business expenses. For instance, the salaryman might expense ¥10,000 for a business dinner, spend only ¥8,000, then deposit the remainder in his hesokuri account. What’s most interesting is that the salaryman’s company is well aware of this, and will help the salaryman set up and fund his hesokuri account, as the company knows the salaryman’s wife manages his salary, so he has little room to enjoy himself outside of work and home. Some of these activities are admittedly innocent, but as Michael Howard describes in The Salaryman, some can fall on the more hedonistic end.

In our interview, Michael describes specific instances from his experience that reflect the more negative aspects of Japanese work culture, such as inefficiency and strictness. However, his goal isn’t to directly criticize this seemingly negative subculture, which is what makes his book intriguing. On one hand, there are certainly unhealthy aspects of being a salaryman—being subjected to nonsensically strict rules, excessive drinking, little sleep—but on the other hand, the company supports the salaryman throughout his life as a husband and a father. In Michael’s case, he doesn’t feel his experience as a salaryman provided any useful professional skills, but the companies he worked for greatly supported his personal life:

I became a father during this. I’m hesitant about criticizing what happened here, because people did buy into me. They didn’t give me roles that ended up having any meaning or anything I could build on, but at the same time, they gave me a way to establish a life here and progress my personal life.

Recently, Japanese companies are at least trying to change the unsavoury aspects of salaryman culture, and this change is arguably being expedited by the current coronavirus situation and the need for remote work. Michael admits that that his experience as a salaryman was more on the extreme end—but this, of course, makes for great stories, all of which can be read in his book, The Salaryman. If you’re further considering moving to Japan to become a full-time company employee, check out episode 55, “How Old is Too Old to Move to Japan?” 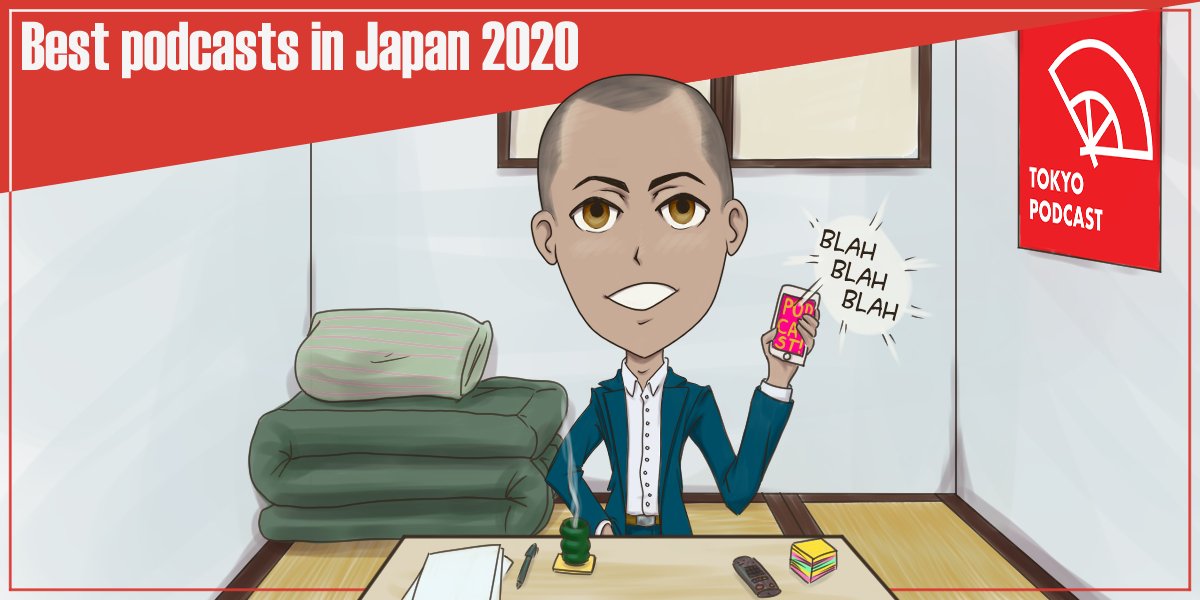 The Best Podcasts About Japan 2020 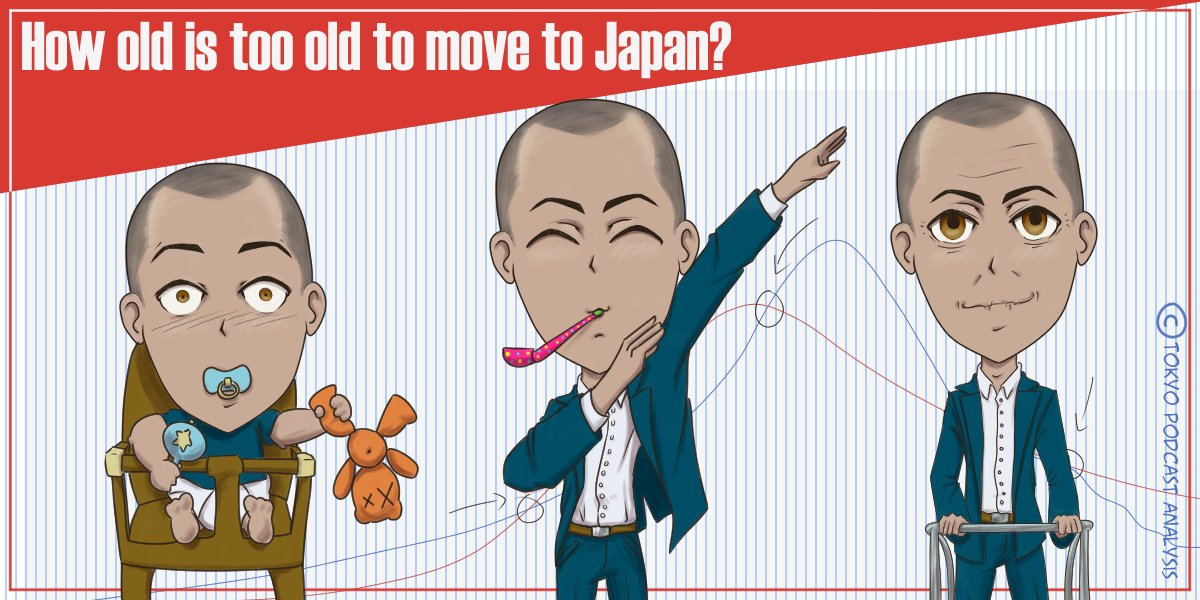 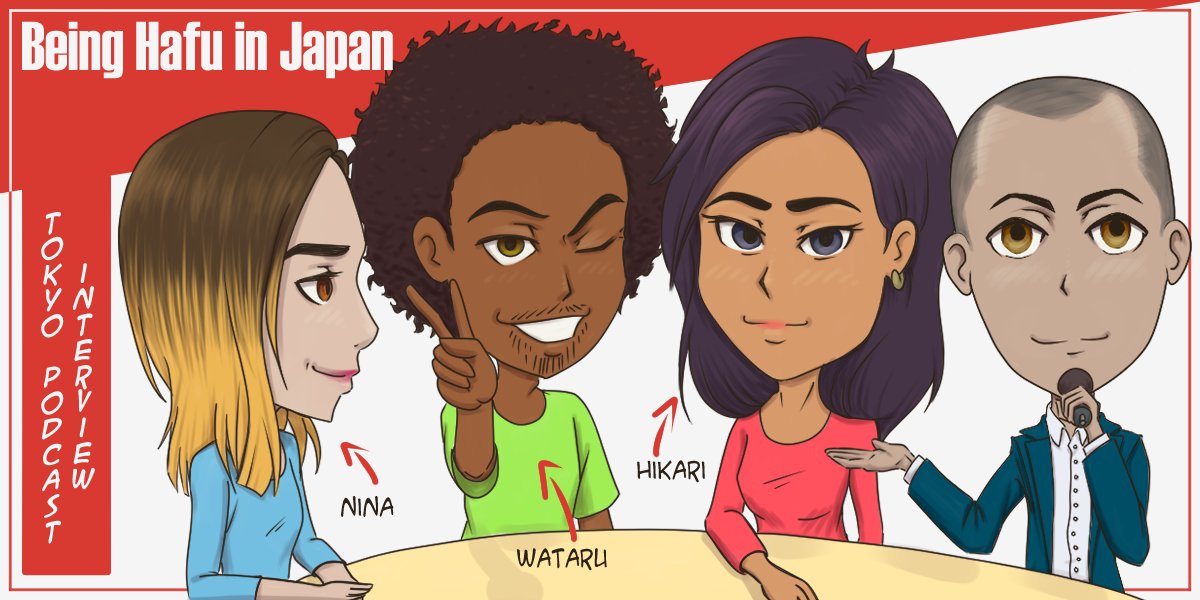 The Challenge Of Living As A Hafu In Japan