Many of us has felt that they don’t belong. From time to time there are those moments where we feel a discomfort about our surroundings, where we don’t exactly fit in. They can be from small pockets of time, like feeling the odd one out at a party, or can be a longer period of time like high school. Once in a while, each of us feels this way.

But what do you do when it can be your whole life, and when the country you are from doesn’t exactly have a place for you. What if the society you were born into, or have the blood from, sees you only as a glorified tourist? Those of the people whose lives we are taking a look at today.

Today we are talking with two women, who have come from two different parts of the world to create a piece that brings them both together: They are both Hafu, or more specifically, they are both half Japanese. In 2013, Lara Perez Takagi and Megumi Nishikura together created a beautiful film that explores the intricacies of mixed-race Japanese people and their experiences in Japanese society. 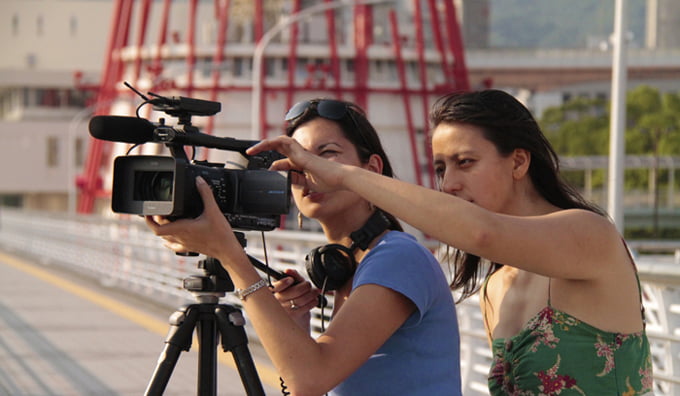 In 2009, they met when they came to Japan to expand on a separate project discussing Hafu. After coming to Japan they realized more clearly how Hafu or the multiracial experience was very rarely and only superficially discussed in Japan. They both grew up with this sense of not belonging to the country, feeling the quiet rejection or otherness that the Japanese society puts on people. They knew they needed to expand on it further, and more personally. Megumi and Lara set out to produce the first ever documentary feature film about Hafu.

After deliberating about the direction and how to craft the story, they decided they would follow the lives of five Hafu for a year. They delved into their background, and explored the areas of their lives in a way no one has before. They talk about their experiences in a country that is homogeneous, and what it was like to grow up in a world where you weren’t completely like everyone around you, and in a society where no one lets you forget it. The documentary pushes the question on what it means to Japanese, and what it means for the future of the country to be in an ever-changing world. Following these people, it shows how they come from different backgrounds, but share in their need to tell the story, to show their world and how they navigate throughout their daily lives.

The film shows David Mitsuaki Yano who is Ghanaian and Japanese. Sophia Fukunishi, being half Australian and Japanese. The Mexican-Japanese Oi family with Gabriela, Alex, Tetsuya and Sara share the challenge of raising multi-lingual, multi-cultural children in Japan. Edward Yutaka Sumoto is Venezuelan and Japanese. And then finally Fusae Miyako is Korean and Japanese, who blends into society more, but shares a heavy history from the two countries.

Each Hafu shares the difficulty of being in a country that is almost proudly mono-ethnic, how it was from childhood to adulthood, and the hurtful memories of bullying and being brushed aside. But it also shares the one-ness, the shared camaraderie that is a new Japan, and the pride of sharing two cultures, of a mixed culture, and of being one with the world. It shows an excitement of an ever-developing mindset, one where there is no more pointing, no more whispering, but where everyone is accepted an allowed to be proud of who who they are: Japanese.

Funding from their own pockets, the film began as a labor of love in 2010, and quickly found itself into the homes and hearts of hundreds who desired to have the film made. Transforming what was initially a small production into a spectacular community of both volunteers and collaborators, and outsourcing many of the key elements out to Hafu artists. After a fundraising campaign, they were able to reach $10,000 in five days to cover the additional funds of production. Besides this, they received more support from the Japan Foundation and the Center of American Media.

For those who want to learn more about the Hafu experience as well as the history, there is a list of incredible resources below.

Hāfu2Hāfu is a unique project photographing hāfu (mixed roots people with one Japanese parent) from every country in the world and sharing their most significant questions about identity, sense of belonging or growing up with two different cultures.

For literature, the book Pachinko touches on the Korean immigration in an incredible saga published in 2017 by the author Min Jin Lee. Pachinko is an epic historical novel following a Korean family who eventually migrates to Japan, it is the first novel written for an adult, English-speaking audience about Japanese–Korean culture. The character-driven tale features a large ensemble of characters who become subjected to issues of racism and stereotypes, among other events with historical origins in the 20th-century Korean experiences with Japan. 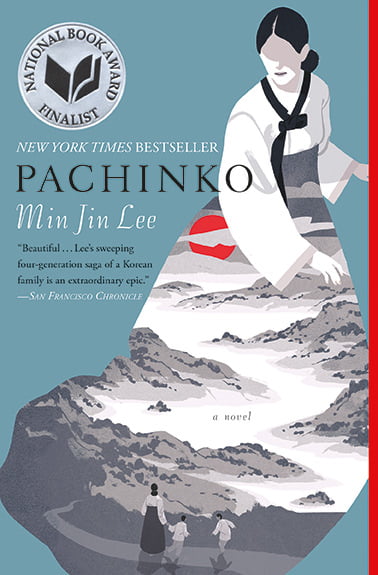 Fall Seven Times, Get Up Eight:

Or even a more specific but very touching documentary that tells the story about Japanese war brides from Japan. Told by their children, who are Hafu. Fall Seven Times, Get Up Eight: The Japanese War Brides, is an incredibly telling story about the untold lives of the mothers of hafts during a very difficult time. War time. Where they had to choose to live in a place that despised them, to be with the men they loved, or to take a chance on a new world.

Studying in Japan with GoGo Nihon

Being A Jet Set Citizen With John Bardos

Irezumi: The Art Of The Japanese Tattoo With Hori Benny